Removals to America - A Guide to Philadelphia 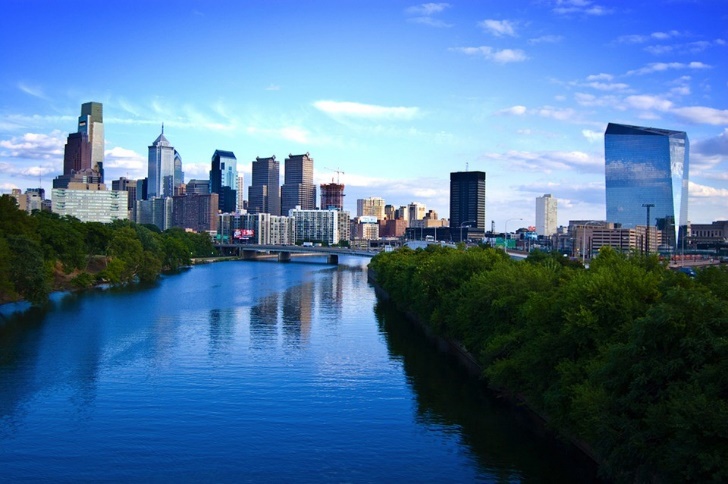 Philadelphia is the largest city in Pennsylvania and, with over 1.5 million people living there, is the sixth most populated city in the United States. Philadelphia is not just known for being a well-established culture capital but is also famed for having many of USA’s firsts - with America’s first hospital (1751), its first library (1731), its first stock exchange (1790) and its first zoo (1874).

The Moving Partnership carries out many international removals to America to every corner of the USA, including Philadelphia, New York, Los Angeles and Texas. We partner with many professional removal companies throughout the world, to bring you the most competitive quotes for removals to the US.

Our services can be tailored to your requirements and cover domestic, commercial and car shipping to and from the USA.  Here is our guide to the city of Philadelphia.

A Brief History of Philadelphia
The city was founded in 1682 by English Quaker, William Penn, and served an instrumental role in the American Revolution as a meeting place for the Founding Fathers of the United States (who signed the Declaration of Independence there in 1776). It became one of the nation’s capitals during the American revolution and served as a temporary US capital while Washington, D.C. was under construction.

The city originally grew from an influx of European immigrants, mostly from Ireland, Italy and Germany and the population doubled from one to two million people between 1890 and 1950 with a huge influx of Puerto Ricans and African Americans.

Local Geography
Philadelphia is located at the convergence of the Delaware and Schuylkill rivers on the eastern border of Pennsylvania. The Appalachian Mountains to the west and the Atlantic Ocean to the east moderate Philadelphia’s climate and prevent extremes of hot or cold weather; however, the city does see snow most winters and hot, muggy days at the height of summer.

Transport
Philadelphia has a huge 2,370-acre airport with seven terminals and four runways. It is served by 15 different airlines and has flights to and from Europe, Canada, Latin America, the Middle East, the Caribbean and the US. Over 30,000 passengers travel through the airport each year.

When you arrive, you will find the city is extremely well-served by various modes of public transport and has several raised expressways.  Philadelphia was one of first cities in North America to be planned and constructed with a grid system. When the grid system was designed by William Penn, he named the east-west streets after trees (although four have since been renamed) and assigned the north-south streets numbers.

Culture
The city is home to many art galleries and museums, including the Philadelphia Museum of Art – one of the largest art museums in the world (the long set of steps at the front of the building was featured in the famous Rocky scene). The city also boasts the Pennsylvania Academy of the Fine Arts and the Rodin Museum.

Philadelphia boasts more Impressionist paintings than any other city outside Paris and many of its galleries stay open late on every first Friday of the month. Philadelphia has over 200 pieces of public art, more than any other American city, thanks to the 1984 creation of the Department of Recreation’s Mural Arts Program. This aims to improve the look of  neighbourhoods and provide an outlet for graffiti artists.

As well as galleries and museums, Philadelphia has many theatres, including The Walnut Street Theatre (built in 1809) with the claim of being the oldest, continuously operating theatre in the English-speaking world the oldest in the United States.

Food and Drink
Philadelphia’s famous cuisine was shaped by the city’s broad and vibrant mix of ethnicities. Certain foods have now become iconic to the city –  for example the Philly cheesesteak, invented in the 1930s – as well as soft pretzels.

One of the first businesses in Philadelphia was William Frampton’s brewery which opened in 1683. Philadelphia is also home to the Wing Bowl – an annual eating contest that draws crowds of up to 20,000 people!

If you are planning on moving to Philadelphia, The Moving Partnership can offer you an efficient, stress-free move. We have excellent professional partnerships with American removal firms to provide international removals to America at the most competitive prices. We regularly move people right across the US, including New York, Los Angeles and Texas. We can also help you with international removals to many other countries, including Canada, Australia, New Zealand and South Africa. Click here for a free quote.