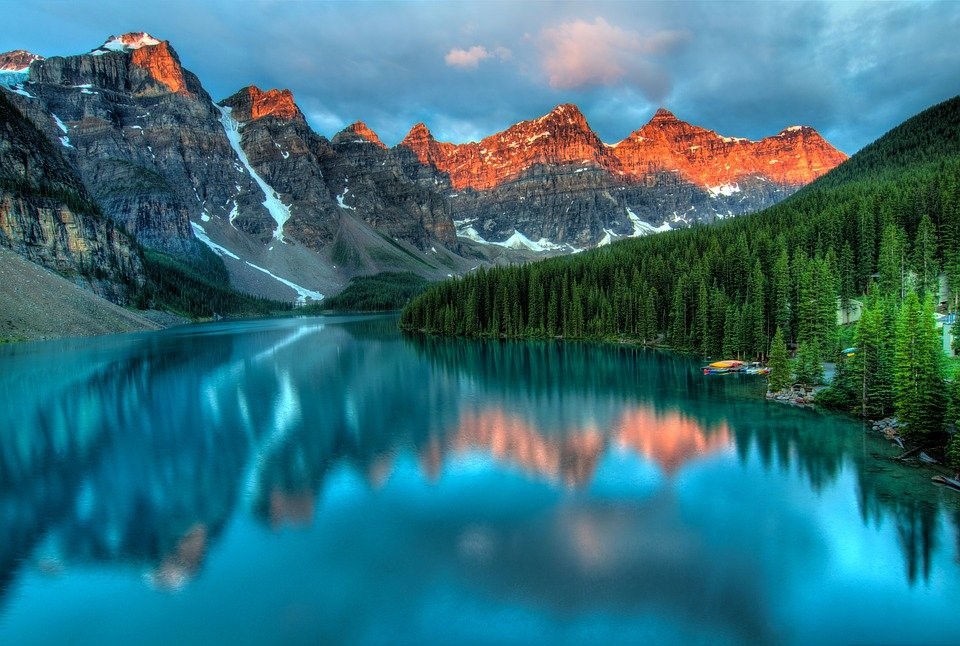 It’s not just Harry and Meghan who are attracted by the idea of moving to Canada; it’s long been a favoured destination for expats from the UK and Europe. More than 6,000 UK citizens become permanent residents of this North American country every year, most of them are skilled workers.

Here The Moving Partnership, who offer high-quality, competitively priced international removals to Canada, look at five reasons why this country continues to be a popular choice for domestic and commercial moves.

Canada is a big country – it covers an area of almost 10 million square miles and only Russia is larger. For comparison, the whole of the UK would fit into Canada 40 times over. There’s certainly plenty of space in the north of the country, as nine-tenths of its population lives within 100 miles the USA border.

There’s lots of stunning scenery to enjoy, particularly in the warmer summer months. The country has 46 national parks, and the biggest of these, Wood Buffalo, is larger than the Netherlands. The Great Lakes and Niagara Falls draw tourists from across the world.

But There’s Plenty of Cities to Move to as well

If you prefer city life, then there’s plenty of modern, vibrant places to choose from. A survey by the respected expat organisation InterNations places Montreal in the top five of cities across the world for its high quality of life.

Many people consider international removals to Ottawa because it’s renowned for being one of the cleanest cities of the world. Toronto and Vancouver both have a reputation for being extremely welcoming to newcomers, while Calgary is also popular because of its extremely low crime rates.

Canada has not one but two mother tongues, French and English, and both are taught in the country’s schools. The French first settled in Canada in the 16th century, while the English came to the country in large numbers in the 18th and 19th centuries.

English dominates as the main language of Canada, with 56% of Canadians identifying it as their principal language, compared to 20% for French. However, Canadian English is quite different to the Queen’s English so if you are emigrating from the UK, you’ll have a lot of local slang and dialect to learn.

Some believe that the phrase ‘multiculturalism’ was first used in Canada in the 1970s and 1980s and it is now a political policy which is enshrined in the constitution. Canadians are well known for being tolerant and open-minded, and they have always been quick to see the economic benefits of immigration.

Around one in three of the population consider their ethnic origin to be Canadian, but almost one in five are English, 13% French and there are sizeable German and Chinese communities too. Same-sex marriage has been legal in the country since 2005.

The Economy is Sound

The country has not been badly affected by the global recession. The major financial institutions were big enough to absorb any losses, in contrast to its neighbours in the US, where there were a larger number of smaller banks.

Unemployment rates currently stand at just over 5%, which is almost the lowest on record. There are usually plenty of well-paid, full-time jobs for skilled workers.

Canadians have one of the best welfare systems in the world. All its provinces provide universal, publicly funded healthcare. Its education system is highly respected as more than half of all its adults have a degree, and there is also an excellent system of public transport across the country.

However, all this comes at a price as you’ll have to pay your share of tax and holiday entitlement is not as generous as in the UK. Most employers offer just two weeks of paid vacation, although this often increases depending on your duration of service.

International Removals to Canada with The Moving Partnership

At The Moving Partnership, we can help with international removals to Canada, whether you want a domestic or commercial move. Cities we have helped people move to include Ottawa, Montreal, Vancouver and Calgary.

Our network of international contacts mean we can source a wide variety of quotes to come up with a competitive package which meets your exact needs. For instance, we can pack or store your possessions and also offer removals insurance.

If you would like to know more then you can reach us by following this link and filling in the online form, or by calling us on 0800 772 3709.