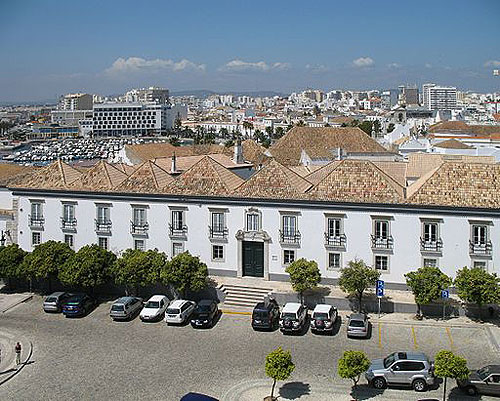 Every year thousands of people choose Portugal as their holiday destination, and thousands more opt for a more permanent stay, either for work reasons or retirement to sunnier climes. So if you are planning removals to Algarve, Portugal, and particularly its capital, Faro, you will be in good company.

Faro gives its name to both the city on Portugal’s southern coastline and the surrounding district. The city has a population of around 50,000 people, which of course is boosted during the tourist season as people soak up the sun, sea and sand.

The tourist trade offers a range of seasonal jobs, while teaching English as a foreign language in a local language school is another option.  Some expats also work in the service sector and for international companies.

Embarking on removals to Portugal is a big decision, and you will need experts to help you through the whole process. The Moving Partnership can source quotes from 100s of leading removal companies in both the UK and Europe, assuring you of both the best service and the most competitive prices.

A Few Facts About Faro

Faro is full of history and has great shops and restaurants and plenty of things to do, as well as boasting great beaches.

Most people arrive in Faro via the airport, although there are at least two high-speed train services a day from the country’s capital, Lisbon. Given that more than 50 transport companies offer services at the airport, car hire is an option, although this is best organised in advance.

From the Roman Empire to the Ria Formosa

Faro was originally called Ossonoba, and formed part of the Roman empire. It was not until the 13th century that it became Portuguese territory, completing the Christian reconquest of the country.

The city became the administrative heart of the region in 1756, after the earthquake of the previous year had damaged much of the surrounding area, including the previous centre, Lagos. The sandy banks of the Ria Formosa lagoon allowed Faro to escape comparatively unscathed.

What Can You Do in Faro?

History buffs should find plenty to enjoy in the city. Cidade Velha is on the eastern side of the city’s marina and from there Faro Cathedral is within walking distance, through the Arco da Vila arch and the Manuel Bivar gardens. The cathedral might not look particularly grand from the outside, but its gilded carving and decorated tiles inside are well worth a look. For the more energetic, walk up the tower steps for a great view of the city, and particularly the 17th Century Episcopal Palace, which is still the official residence of the Bishop of Faro and so is not open to the public.

The streets leading away from the Manuel Bivar gardens take you into a mainly pedestrianised shopping area with plenty of cafés and restaurants in cobbled squares. Keen shoppers should also visit the Forum Algarve mall, which is on the main road from the airport into the town and has an open-air square as well as a wide range of shops.

Faro also hosts two spectacular festivals each year. The Semana Académica da Universidade do Algarve  is organised every year by students from the city’s University of the Algarve, and usually takes place in mid-May, while the Faro International Motorcycle Rally is generally held in mid-July, and is one of the biggest such events in Europe.

Nature-lovers should take a boat trip into the Ria Formosa, a nature reserve that stretches along the tip of Portugal into Spain. And the 30,000 Estadio Algarve, which lies between Faro and the neighbouring city of Loulé, hosts football, concerts, festivals and a range of other events.

Eating Out in Faro

Given its coastal location, it should come as little surprise that delicious fresh fish and seafood form a large part of the menu in the city’s restaurants. Sardines, tuna, bream and cod are all brought in daily, while the more adventurous can opt for clams, oysters, octopus and squid.

Omelettes, salads and other meat dishes are also usually on the menu. The house wine is likely to be Portuguese and offer good value. Foreign cuisine is well represented in the form of Chinese, Indian and Italian restaurants, while the large student population means there are plenty of fast-food joints and snack bars.

Getting Out and About in Faro

Central Faro can easily be explored on foot, as everything is within easy reach. A number of bus services go around the city and to the airport.

The roads can be quite busy, but if you want to drive yourself around the city and the region then you should find life behind the wheel easier than in the rest of Portugal. There are fewer toll roads and everywhere is well signposted.

If you are arranging removals to Algarve, Portugal, whether for work or retirement, the whole process is best left in the hands of experts. Moving Partnership Ltd works with leading international removal companies and can get you an expert quote at the best price, not just for the Algarve. We also cover the whole of Portugal, from Albufeira to Almancil and from Vila Real to Viseu, and the country’s capital, Lisbon.

Click on the link ) and fill in the form online for a free, detailed quote for your move.