A Guide to Silkeborg, Denmark 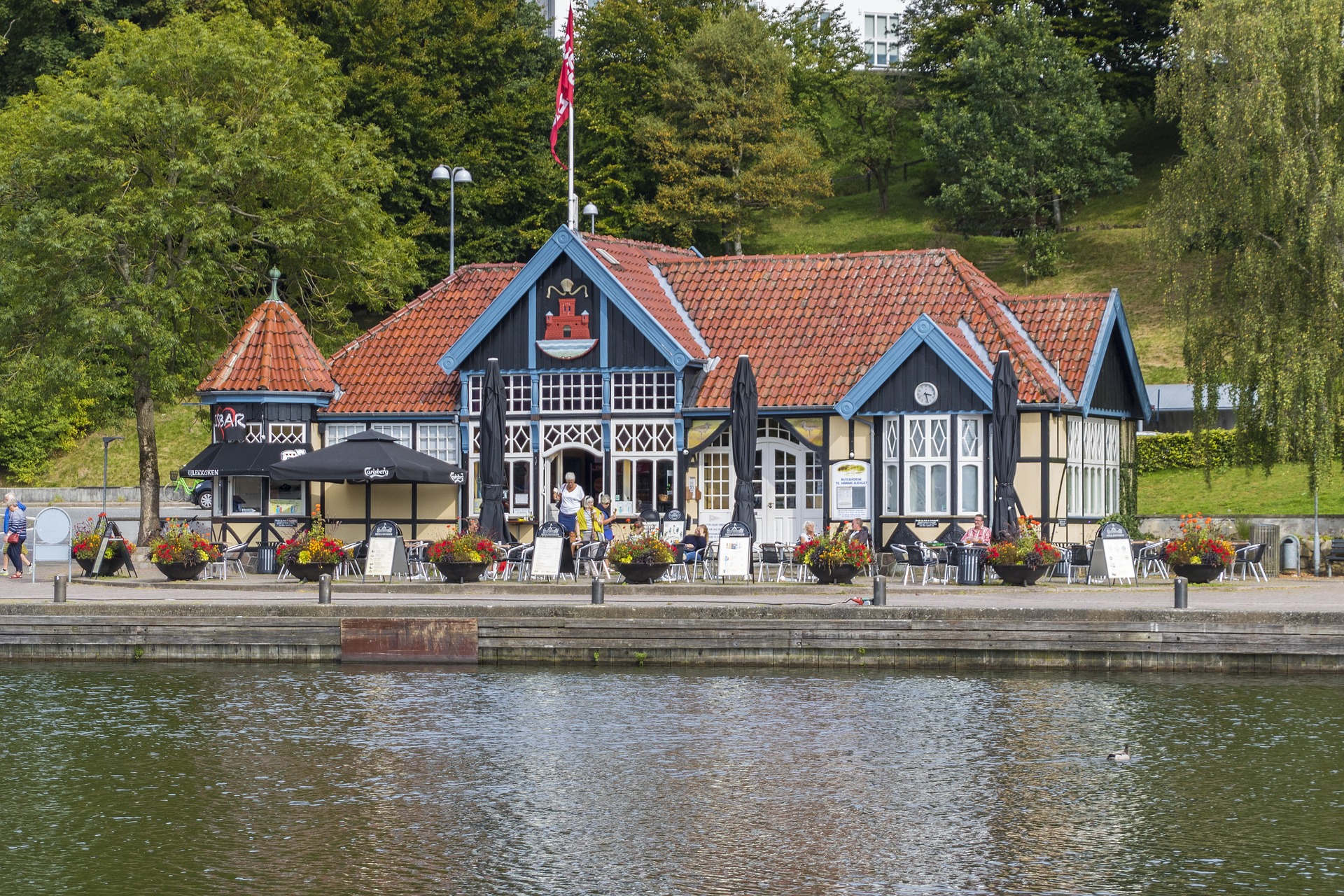 Silkeborg may not be as well-known as Copenhagen or Aarhus, but for its size (population 43,000) it really packs a punch. Not only is it one of Denmark’s most beautiful cities, it is famous internationally for its classic Nordic cuisine.

The Moving Partnership provides affordable and reliable removals to Denmark, including Copenhagen, Aarhus and Silkeborg.

A Brief History of Silkeborg

The city of Silkeborg rests on the site of a castle that was built in 1385. The ruins of which can still be visited today. The modern town did not grow until the Drewsen og Sønner paper mill was built in 1844, coincidently built on the site of the old castle. This strategic location on the Gudenå river not only provided power for the mill, but also a way to transport its goods.

The introduction of the mill saw the population rise from 30 in 1844, to 556 by 1850. By 1900 the population of the city, with the mill at its heart, was over 7000. With the city’s central location, the German Gestapo made Silkeborg the headquarters of it Danish operations during World War 2.

Silkeborg is situated in an area known is Danish as Søhøjlandet, which translates as the “Lake Highlands”. The area is home to Denmark’s highest concentration of lakes and mountains, you wouldn’t be far wrong to draw parallels with the Lake District in the UK.

Silkeborg itself is divided into a North and South by the Silkeborg Langsø lake. The Gudenå River, which was the historical trade and transport link, lies to the East of the city.

Who are the major employers in Silkeborg?

Up until the 1990’s the paper mill, Silkeborg Papirfabrik, was the biggest employer in the city. However, since its closure in 2000 the city has seen much urban renewal, resulting in a new commercial district, hotel, cinema and concert hall.

This investment has drawn many businesses to the city, including the headquarters of Denmark’s third largest bank, Jyske Bank. The city is also home to many car dealerships.

How to get there and get around

Unlike other larger cities, Silkeborg is not serviced by an international Airport, however daily flights to Copenhagen are available from the nearby Midtjyllands Airport. Within Denmark Silkeborg is well connected, being on both the railway and motorway networks. Meaning that Aarhus, which is just 25 miles away (40km) is a quick and easy commute. Within the city 12 local bus routes serve both the downtown and suburbs. Regional buses to outlying areas and neighbouring cities can also be caught at the railway station.

With its location it is no surprise that Silkeborg’s culture centres on and around the water. Every three years the city hosts an event called Ildfestregatta, which translates as “fire party regatta”.  The regatta, which began in 1899, sees the streets in the city centre closed and replaced with stalls, amusements and music venues. The houses next to the river light coloured lamps, illuminating the waterfront.

Silkeborg is home to the world’s oldest steamboat, the SS Hjeljen (built in 1866). Not only is it still in service, it offers daily tours (in the summer months) from Silkeborg harbour to the nearby Himmelbjerget mountain (the 3rd highest in Denmark). The city also has sporting pedigree, being home to Danish top-flight football team Silkeborg IF.

Silkeborg is famed for its traditional Danish and Scandinavian cuisine. Restaurant such as the Svostrop Kro Inn and Traktoerstedet Ludvigslyst are the best places to experience true and tasty Danish food. Just like other cities there are a whole host of Italian, Asian and other restaurants in the city, should Danish food not be your cup of tea.

Planning a move to Silkeborg? Let The Moving Partnership offer you an easy, stress-free move. We regularly move people right across Denmark, including Copenhagen, Aarhus and Silkeborg. To discuss your removal requirements, speak to us today on 0845 0037335 or click here.