Removals to Germany - A Guide to Frankfurt 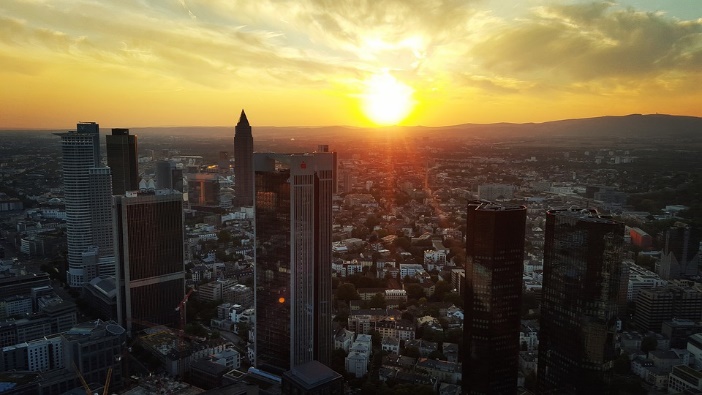 Frankfurt boasts a population of 736,000 within its city limits and a further 2.3 million in the surrounding urban area. With its low unemployment rate, clean streets and low levels of pollution, the city ranks at no.7 on the widely-respected 2018 Mercer survey on quality of life in cities around the world. It has a rich heritage and is home to many people from ¯a huge range of different backgrounds – almost one in three of the people living in Frankfurt do not hold a German passport.

If you are planning an overseas house move to Germany, The Moving Partnership  specialises in domestic and commercial removals and can guarantee an extremely competitively-priced and stress-free move.

Our European removals service can be tailored to your specific needs, whether you are moving house to Germany, France, Italy or any other European country. Here is  our guide to the gorgeous ¯city of ¯Frankfurt.

The History of Frankfurt

The city’s first mention in the history books is in the year 794AD, but there may have been some form of settlement on the site of the city as far back as 3000BC. Frankfurt owed much of its growth to the trade and book fairs held in the city, and it soon became a centre for financial services, which continues to this day; Frankfurt Stock Exchange is the most important in the whole of Germany.

It became of the most important cities in the Roman Empire, and in 1372 it became a free city, under the rule of the Roman Emperor rather than that of any local nobleman. It lost this status after the Empire collapsed in the early 19th Century, but remained independent of the rest of Germany until 1866.

The city suffered terrible bomb damage during the Second World War, with much of the centre having to be rebuilt.

Frankfurt airport is the biggest cargo airport in Europe and is also one of the busiest international airports in the world, with 50 million domestic passengers every year.

Frankfurt enjoys an excellent  cultural reputation at both the national and international level. Highlights of the Frankfurt cultural scene undoubtedly include the ‘Museumsufer’, where  well-known museums are lined up on both sides of the Main  that are devoted to different works of art, from classical paintings to modern media. Around 50 other museums and exhibition halls are situated in the immediate vicinity. The Frankfurt opera house has been awarded the title of ‘Opera House of the Year’ several times since 2003 for its overall artistic performance.

Although the city is credited with inventing the popular Frankfurter sausage, they were actually invented by a butcher named  Johann Georghehner from Coburg andâ€¯originallyâ€¯named “Dachshund” or “little dog”. Georghehner  soon travelled to Frankfurt to sell his new product and, unfortunately for Coburg, the name ‘Frankfurter’ stuck.

If you are moving house to Germany, you should pay a visit to the incredible Frankfurt stock market. The huge building was built in 1843 and is the 10thâ€¯largest stock market building in the world. The bronze statues of a bull and a bear standing outside symbolise the ups and downs of the stock market.

The city centre is also home to the historical Kaiserdom (Cathedral) and theâ€¯Paulskirche, the cradle of German democracy.  One of the city’s worst casualties of Allied bombing was the Opera House which was nicknamed Germany’s Most Beautiful Ruin until it was restored in 1981.

If you are thinking about an 0verseas house move to Germany, contact The Moving Partnership  for the most competitive quotes, organised via our network of international partners. We are experts in arranging moves to Frankfurt, Berlin, Hamburg and Cologne and other German cities, as well as all other European countries. Follow the link above if you would like to know more.