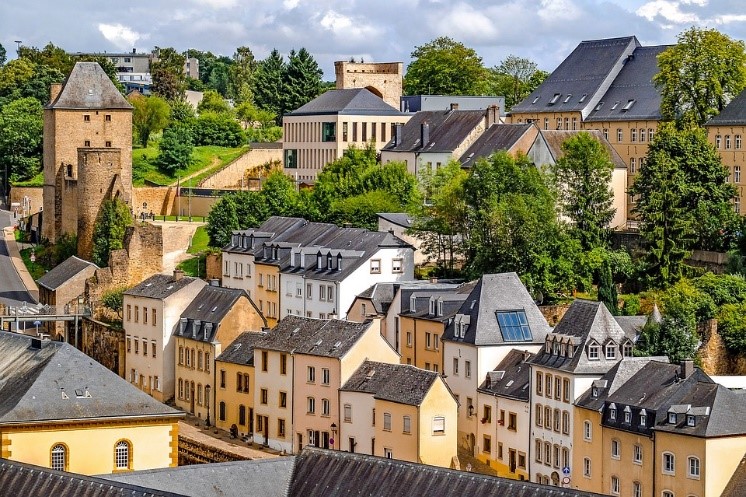 While Luxembourg may be one of the smallest states in the world, it’s still got plenty of claims to fame. The Moving Partnership can source a competitively-priced package if you are considering removals to Luxembourg. Here we have compiled five unusual facts about the country.

It’s One of the Richest Countries in the World

Luxembourg has the second highest GDP per capita (its total Gross Domestic Product divided by its population) in the world, behind only Qatar. It also has the highest minimum wage and one of the lowest unemployment rates in Europe.

Why is it so affluent? The discovery of iron ore in the mid-19th century helped to kick-start the country’s steel industry, and there is also a flourishing agricultural sector. Its location in the heart of Europe means that trade with other countries is extremely easy.

Nowadays Luxembourg also has low tax rates, making it attractive for big multinationals to set up home here. The country is one Europe’s main financial centres, with many major institutions, including the European Investment Bank, based here.

It’s Got One of the Highest Rates of Car Ownership

Around three out of every four Luxembourg residents own a car - 734 out of every 1,000 people to be exact. This is partly because so many workers commute to neighbouring countries, including France and Germany, and many of their cars are registered in Luxembourg. Volkswagen is the most popular make of vehicle to be found on the country’s roads.

It Has the Restaurant with the Biggest Wine List

The Restaurant Chiggeri in Luxembourg City holds the record for the longest wine list, with a staggering 1,746 different bottles to choose from, according to its Guinness Book of World Records entry in 2008. Luxembourg, like neighbouring France, has a rich tradition of winemaking, and it specialises in dry white and sparking varieties.

For the record, the restaurant also serves a variety of dishes or ‘fusion’ food, including Italian, Asian and Iberian cuisine.

Voting’s Compulsory – Or It’s Supposed to Be

Voting in local, national and European elections is officially compulsory for all Luxembourg householders aged between 18 and 75. If you have moved to the country from overseas, then you may become eligible after five years.

However, the reality is rather different, as you are unlikely to be prosecuted if you don’t go to the polling booths. Official records show that it’s more than 50 years since anyone was penalised for failing to vote. Figures show that, on average, 9 out of every 10 people do turn out anyway.

Figures show the country’s levels of violent crime, including murders, are among the lowest in Europe. And a survey by international business consultants Mercer ranked the country’s capital, Luxembourg City, as the safest city in the world. It beat the Finnish capital, Helsinki, and the Swiss cities of Basel, Bern and Zurich to the top spot.

Luxembourg is not crime-free, and visitors are warned to be wary of thefts and pickpockets at some of the tourist sites. However, the country’s high standard of living, and the absence of poverty throughout the country, has helped keep the number of offences low.

Removals to Luxembourg with The Moving Partnership

The Moving Partnership can help provide commercial and domestic removals to Luxembourg at the best market rate. Our extensive network of contacts throughout the international removals industry means we can provide you with a package which will meet all your individual requirements. Most of the companies we deal with are either members of the British Association of Removers (BAR) or FAIM, the Federation of International Movers.

We can also help you with removals to Belgium, the Netherlands, France, Germany and many other destinations across Europe. Follow this link to get in touch.