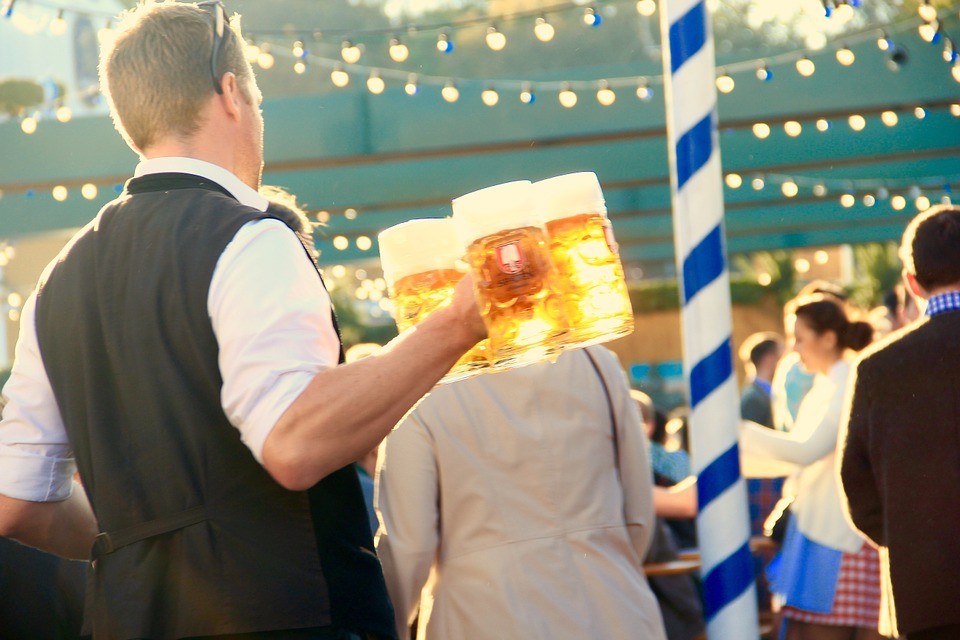 One of the richest and oldest traditions in Germany is making beer – and enjoying the finished product. The average German consumes more than 100 litres of beer every year, and much of that in one of the many festivals held throughout the country. If you are thinking of an overseas house move to Germany, here are five of the oldest and most famous beer festivals that the country has to offer.

This is the most famous beer festival in the world, drawing millions of people from all over the globe. It started in 1810 and is held at Theresenwiese (Theresa’s Meadow) from late September until mid-October.

All the beer must be brewed within the city limits, in line with a local purity law called Reinheitsgebot. This means only six local breweries are allowed to serve Oktoberfest beer – but it’s so popular that in 2018 visitors drank more than 7 million litres of it. It all starts when Munich’s mayor officially taps open the first barrel at 12 noon on the opening Saturday.

The festival is about more than just beer, as funfair rides, live music, candyfloss stalls and shooting galleries are among the attractions.

This has lots of similarities to the Oktoberfest. Held at roughly the same time of year, it has many common elements, such as funfair rides and costume parades, and it also attracts millions of people.

However, the Cannstater has more of an international flavour than its more famous rival. Over the years, French and Alpine food stands have been among the event’s most popular fare. Another unique feature is the fruit column, which harks back to the event’s agricultural roots. The column is 26 metres (85ft) high and decorated with lots of different types of fruit.

While this early-August festival may not operate on the same scale as its competitors in Stuttgart and Munich, it does boast the longest beer garden in the world, according to the Guinness Book of Records. The Karl-Marx-Allee street in the centre of the city is transformed into the Biermeile, which is around 2.2km long.

Here visitors can enjoy the products of more than 350 breweries from around 90 different countries. The grounds are divided up into areas according to the geographical origin of the beers, which range from German regional varieties to international products from countries as far afield as Vietnam, Japan and New Zealand. There’s plenty of food and live music on offer as well.

This is northern Germany’s answer to the Oktoberfest. Separate events are held in spring, summer and winter every year, with each festival lasting for a month. It attracts around 10 million people every year, and it is known as the ‘Dom’ because the first events were held close to the city’s cathedral.

When the building was demolished in the early 19th century, the festival had to find a new home and it ended up on Holy Ghost Field, a fairground in the centre of the city. The festival is as famous for its ferris wheels and rollercoasters as it is for its beer.

The tradition of the Schutzenfest or ‘shooting festival’ thrives throughout Germany, and the largest of these events is held in Hannover. Every July more than 5,000 marksmen and gun club members attend to eat, drink and be merry – but it’s open to the general public too.

One of the highlights is the so-called ‘Marksmen’s Parade’, which is more than seven miles long and includes decorated floats, bands, carriages and other festival vehicles. Like the Oktoberfest, the event is officially opened by the mayor tapping open a barrel of beer.

Overseas House Moves to Germany with The Moving Partnership

At the Moving Partnership we have many years of experience in helping people with overseas house moves to Germany. We can organise domestic and commercial relocations to Munich, Berlin, Hamburg, Stuttgart and Hannover, as well as all other parts of the country and other destinations across Europe, including to France, Belgium, the Netherlands, Switzerland and Scandinavia. Our international department will be able to help you if you are considering moves to the USA, Canada, Australia, New Zealand, and many other countries across the world.

Depending on how many possessions you have, we can offer full or part-load removals to Germany, or a dedicated service, which means we can arrange your move to suit specific delivery dates.

The Moving Partnership can also offer a range of associated services, including removals insurance, the full packing and unpacking of your furniture and belongings, plus shipping and customs clearance.  Follow this link to get a free quote.